Serious shortage of empty containers for coffee exports in Brazil

Brazilian coffee producers that are experiencing a bountiful harvest have struggled to bring their beans to market due to a serious shortage of container equipment underway on shipping routes from the East Coast Southeast America to Asia. 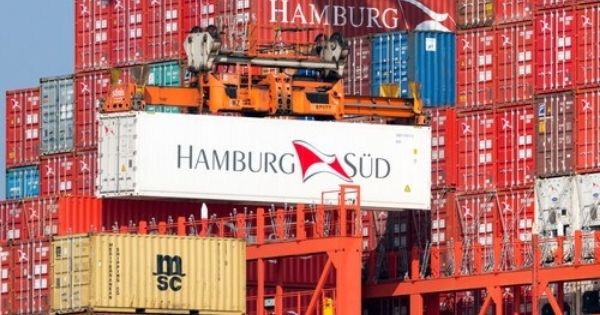 CEO Andrew Lorimar Datamar told delegates at the TOC Americas Virtual Expo that in some industries the weaker currency’s economic benefits to Brazilian exporters are dwindling due to a serious imbalance criticality in empty container equipment and a critical shortage in vessel capacity.

Lorimar said the number of exported containers shipped exceeded 422,000 TEU imports between January and August of this year, nearly three times the cumulative imbalance in 2019.

The most obvious negative impact was that coffee exports rose 11% year-on-year to 9,118TEU in July but were unable to continue that double-digit rate in August. The total number of containers shipped exceeded the 2019 volume of just 19TEUs in August.

“There’s a huge harvest, but while it’s pretty similar to last year in terms of the exports and perhaps that would be a lot higher if there had been containers and ships available” he said.

While there was a negative 150,000 TEU deficit last year for exports, this year the figure was almost reached in June. 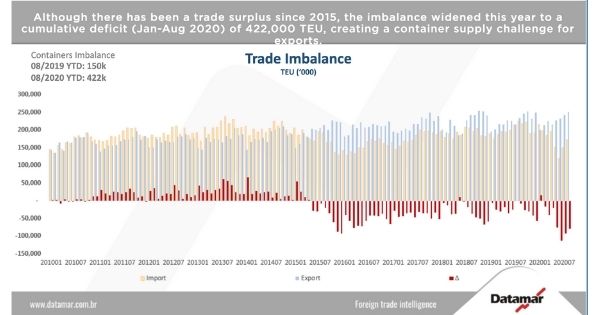 The difficulties being felt in the rest of the world – where there is a severe shortage of boxes for Chinese and Asian exports – has left carriers unable to cater for soaring demand.

As retailers rush to replenish their inventories, factories in China, India and Vietnam are hoarding containers around the world making shippers of lower-value items impossible persuade carriers to ship their goods out of fear of a shortage of empty containers for longer.

“What we see is that shippers are struggling to find containers when the ships are leaving full, a lot of cargo is being left behind” Lorimar said.

The other smaller shipping routes also follow a similar trend.

Maersk’s senior vice president, the head of Latin America and the Caribbean, Robert Van Trooijen, says the situation is causing headaches for shippers and carriers.

“We see that the fleet size is going to be pretty tight so the ability to meet demand is very much about forward planning” he said.

“Trying to work with customers to have better visibility of the supply chain and make sure that their equipment is there where it is needed. When you have equipment in the wrong place at the wrong time then it’s basically a planning challenge. Demand visibility has been a challenge to the industry for a while and certainly this year simply because who could have predicted the market would flow the way it has over recent times?”