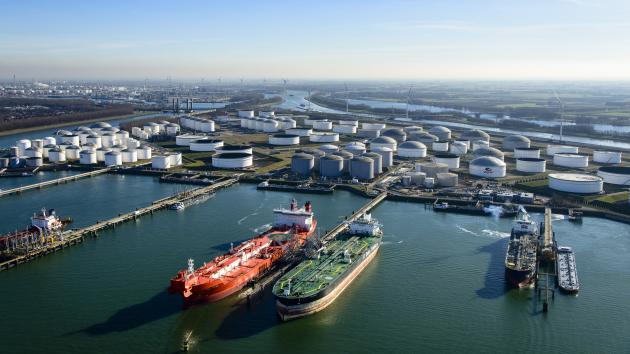 The port authorities of Antwerp-Bruges and Rotterdam will make it mandatory to use a bunker measuring system on board bunker vessels to measure the exact amount of fuel delivered to sea-going vessels.

According to the Dutch port, this follows an independent study in both Antwerp and Zeebrugge and Rotterdam, which showed regular quantity issues in the bunker market. With the measure, during the first half of 2023, the two port authorities are going to first identify suitable bunker measuring systems.

The two European port powerhouses are also expected to determine the date on which the obligation to bunker with a bunker measuring system on board bunkering vessels will enter into force.

The port authorities are aware that this measure will have a major impact on the bunker market. This is the reason, they want to give sufficient time to the companies to adapt to the new measure, choosing an “ambitious yet realistic” deadline.

Moreover, the requirement will be included in the license for bunker fuel suppliers. Currently, 40 out of 170 bunker vessels in the two ports are equipped with a bunker measuring system.

The action of making the bunker measuring system mandatory in the ports of Antwerp-Bruges and Rotterdam has also the aim to make the ARA (Antwerp-Rotterdam-Amsterdam) bunker market more transparent, efficient and reliable.

Both ports were told from different sides that there would be regular problems regarding the supply of bunker fuels. To investigate the extent and nature of these complaints, the port authorities commissioned independent research and consultancy firm CE Delft to look into the experiences of the parties involved in the bunker market. This study was conducted through interviews and surveys.

The conclusion is twofold, while there are similarities between the two ports and there are structural quantity problems in the bunker market. 80-90% of the survey respondents recognise the issues outlined, while 65% of stakeholders interviewed and over 90% of survey respondents see the introduction of the mandatory use of an official bunker measuring system on board bunker vessels as a solution to quantity problems.