Information you need to know about Maersk Line 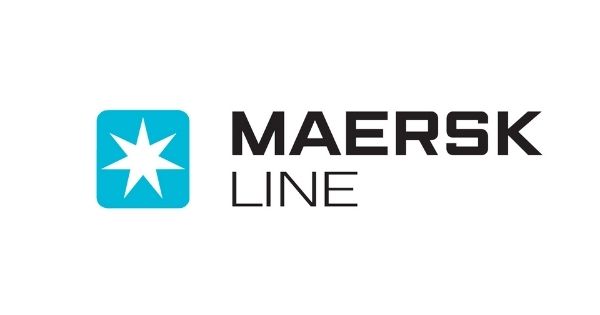 Maersk Line is a Danish international container shipping company and the largest subsidiary of Maersk Group, a Danish trading group.
It is the world’s largest container shipping company in terms of both fleet size and cargo capacity, with 374 offices in 116 countries. The carrier has approximately 31,600 employees, of which 7,000 are crews and 24,600 are operating staffs. [1] [2] Maersk Line operates over 786 ships and has a capacity of 4.1 million TEUs. [3] The carrier was founded in 1928. [4]

The history of Maersk Line

In the early 1920s, A.P. Moller has examined the maritime commercial business possibilities. The trucking trade, where vessels travel from one port to another depending on demand, is expected to lose space on shipping lines in the short term.

On 12 July 1928, the Leise Maersk departed Baltimore on its maiden voyage from the US East Coast via the Panama Canal to the Far East and back. Cargo includes Ford auto parts and other general goods. This heralded the start of Maersk’s shipping services.

Maersk Line began its development in 1946 after World War II by shipping cargo between the US and Europe before expanding service in 1950. On April 26, 1956, sea container shipping was referral for transporting a Sea-Land container aboard SS Ideal X from Port Newark, New Jersey, to Houston, Texas.

In 1967, Anglo P&O was part of Europe’s first initiative, bringing together shipping services from four companies to the new company Overseas Containers Limited (OCL). Both Sea-land and P&O will then be taken over by Maersk Line as it expands operations from 1999 to 2005. [5]

On December 10, 1999, A.P. Group Moller acquires the international container business of SeaLand Service Inc. This enterprise is merged with companies of the A.P Group. Moller and part of the merger, Maersk Line changed its name to Maersk Sealand. The acquisitions include 70 ships, nearly 200,000 containers as well as ports, offices, and offices around the world.

In May 2005, Maersk announced plans to buy P&O Nedlloyd [6] for 2.3 billion euros. [7] At the time of the acquisition, P&O Nedlloyd had 6% of the global market share and Maersk-Sealand had 12%. The combined company would account for about 18% of the world market share. Maersk completed its acquisition on August 13, 2005, and shares of Royal P&O Nedlloyd were closed on September 5. In February 2006, this new corporate association adopted the name “Maersk Line”.

At the time the company was transformed into A.P. Moller, which owns and leases a fleet of more than 160 ships. Its container fleet includes owned and charter vessels, with a capacity of 635,000 20-foot containers (TEU). Royal P&O Nedlloyd N.V. has 13,000 employees in 146 countries.

In November 2015, after lower-than-expected results, Maersk Line announced its decision to lay off 4,000 employees in 2017. The group said it would cut USD 250 million in annual administrative expenses over two years. and will cancel 35 scheduled trains in the fourth quarter of 2015 on the four regularly scheduled trips the airline canceled earlier in the year. [twelfth]

As of October 2015, Maersk Line, together with its subsidiaries Seago, MCC, Safmarine and Sea-Land, controls a total of 18% market share in container shipping. [13]

As of July 2011 the Maersk Line fleet consists of more than 700 vessels (including in conjunction with Hamburg Süd) and the number of containers corresponding to more than 3.8 million TEU (units equivalent to 20 feet) [14]

In 2006, E-class Emma Maersk was transferred to Maersk Line from Odense Shipbuilding Steel Plant. By far, it was the largest container ship in the world at the time. [15]

Seven other ships have been built since then, and in 2011, Maersk ordered 20 larger container ships from Daewoo, class Triple E, each with a capacity of 18,000 containers. The first of these Triple E Class ships was delivered on June 14, 2013 and named Mærsk Mc-Kinney Møller after the son of the founder Maersk Line. [16]

The following classes are part of the Maersk Line fleet:

Maersk Line is best known for its worldwide coverage. In addition to its main shipping routes, the Asia-Europe and transatlantic routes, Maersk Line also offers extensive coverage between South America and Europe as well as to Africa. The company also pioneered Daily Maersk’s innovative concept in 2011, providing premium guaranteed service between Chinese supply ports and European base ports. Despite commercial support, Maersk Line was forced to cut services due to oversupply [22] [23]. Recent product restructuring has included upgrades to Asia – Australia, India to West Africa and China to the Americas [24] [25] [26].

In addition to its main industries, Maersk Line also operates many commercial shipping routes across the continents. The airline operates in Inner Asia through MCC Transport, Europe through Seago Lines and recently re-launched its famous Sea-Land Service brand for intra-American commercial shipping lines [27].