SITC orders up to ten feeder ships at Dae Sun 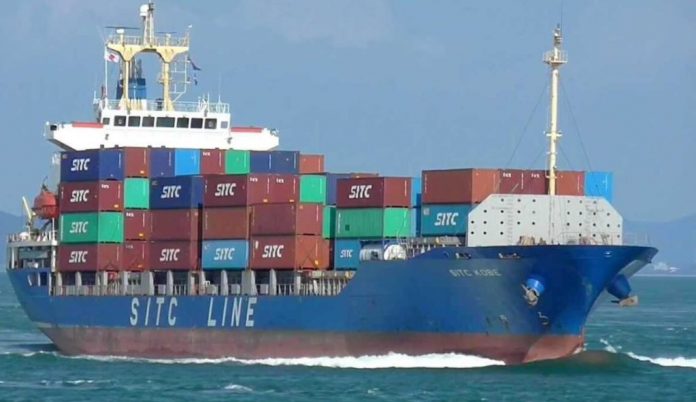 Its holding group, SITC International, said in a Hong Kong Stock Exchange filing on 27 May that the order comprises eight firm vessels that are slated for delivery within 2023. SITC Shipowning has options for two more ships; these must be exercised by 18 June.

Each newbuilding is priced at US$19.2 million, translating into a total contract value of up to US$192 million.

Citing healthy demand for container shipping, SITC said the newbuildings will expand its owned fleet which now stands at 73 ships.

SITC has a major fleet expansion programme underway, with 20 ships ranging from 1,800TEU to 2,700TEU on order at Yangzijiang Shipbuilding. These vessels will be delivered from later in 2021 to 2023.

The unprecedented spike in freight rates has encouraged liner operators and tonnage providers to order newbuildings, pushing the global orderbook to almost 20% of the active fleet.

The ship construction contract was signed via video links, due to Covid-19-related travel restrictions.

Dae Sun, which claims to have a market share of more than 25% for building feeder ships, said it is spearheading eco-friendly ship design and construction technology. The shipbuilder completed a restructuring programme after being acquired on 16 April, by Dongil Steel.

Dae Sun president Lee Soo-geun said that the ship builder worked with local universities to develop technologies to maximise the number of containers that can be loaded on feeder vessels.

Lee said, “This order is the result of industry-academia co-operation. We will target the global market through collaboration with major shipping companies.”