Yang Ming lets out ship to Maersk for a year

Τaiwanese liner operator Yang Ming Marine Transport has agreed to charter one of its container ships to Maersk Line for a year at nearly US$63 million.

Based on the average daily rate of around US$172,600, the vessel is likely to be a Panamax boxship.

Yang Ming said that Maersk Broker had negotiated the transaction. No other information about the vessel was released. 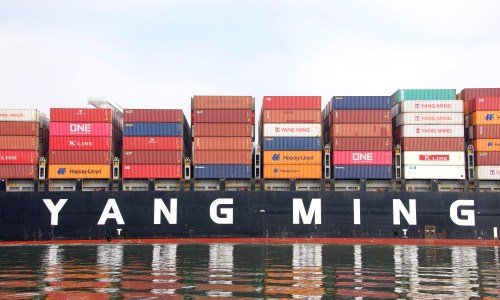 The company said in a Taiwan Stock Exchange filing on 22 October that it has already met its deployment obligations with THE Alliance and has sufficient capacity for its own operations.

Yang Ming said it can therefore benefit from fixing out its own ship to an operator with a greater need.

Its current fleet now stands at 88 ships and market talk indicated that Yang Ming is sounding out shipbuilders about newbuilding orders. This year, Yang Ming began taking delivery of ten 2,800TEU ships that were commissioned in compatriot shipbuilder CSBC Corp. Seven of fourteen 11,000TEU newbuildings ordered through long-term charter agreements with Costamare and Shoei Kisen Kaisha I 2018 have already been delivered, and the other vessels will be delivered by 2022.

Yang Ming is expected to replace older vessels with newer and more fuel-efficient ships, while fixing out ships with heavier fuel consumption.