Container ships, operated by CMA CGM and Ocean Network Express (ONE) were robbed or burglarised while at anchorage in Manila in the first two weeks of August.

The crew members were threatened with knives and guns, and the robbers made off with items from the ships.

The incidents were disclosed by the Regional Cooperation Agreement on Combating Piracy and Armed Robbery against Ships in Asia (ReCaap) on 23 August.

On 4 August, three burglars were seen at the forecastle of ONE-operated 4,253TEU Seaspan New York. One of the suspects tried to stab a crew member who approached them, but missed. However, the crew member was tied up and the suspects broke the padlock of the forecastle and stole two portable welding machines with cables, 20 reefer cables, three bronze nozzles, and five hydrant caps. The aforementioned crew member managed to untie himself and reported the incident to the bridge.

Nine days later, the duty watcher on the 4,249TEU CMA CGM Caimep was proceeding to the forecastle deck (starboard side) when a burglar threatened him at gunpoint. Four other accomplices emerged and forced the watcher to take them to the store room. The watcher’s hands were tied while the burglars stole 20 buckets of paint from the store room. 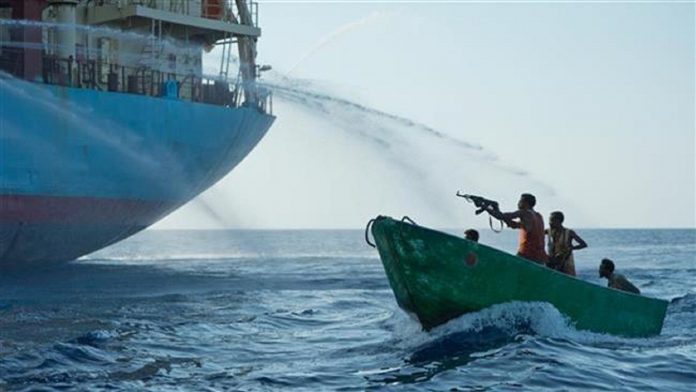 As the master and second officer of the ship could not contact the duty watcher, the deck cadet went to check. While checking, the deck cadet noticed a burglar, who armed with a knife, warned the former not to move. The deck cadet escaped and radioed the incident to the bridge. The master gathered the crew and after searching the ship, found and freed the duty watcher. Minutes later, the burglars fled the ship in a boat.

ReCaaP has warned of a growing number of such robberies in Manila anchorage. “Ship masters and crew are strongly advised to exercise vigilance, maintain constant look-out for suspicious boats and report all incidents immediately to the local authorities. It is also very important for the crew not to engage in a confrontation with the perpetrators,” said ReCaaP.